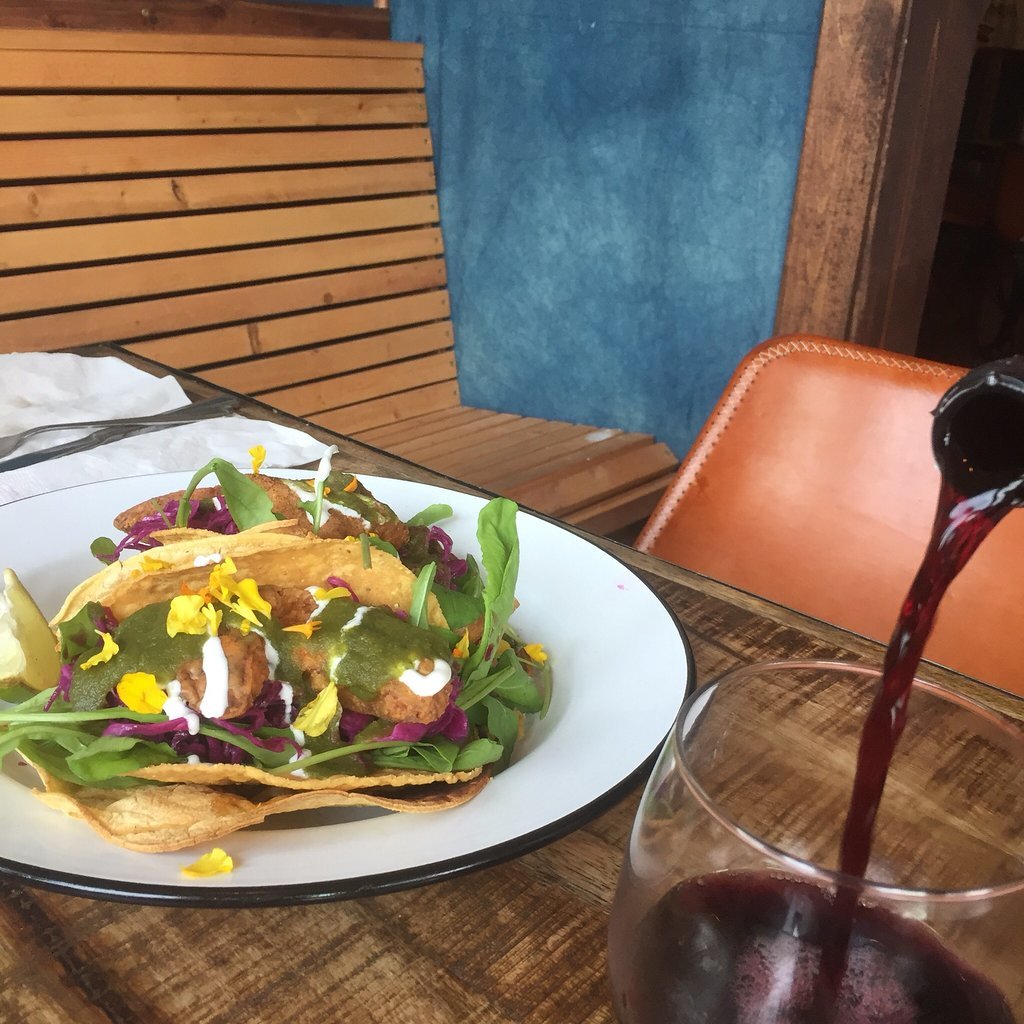 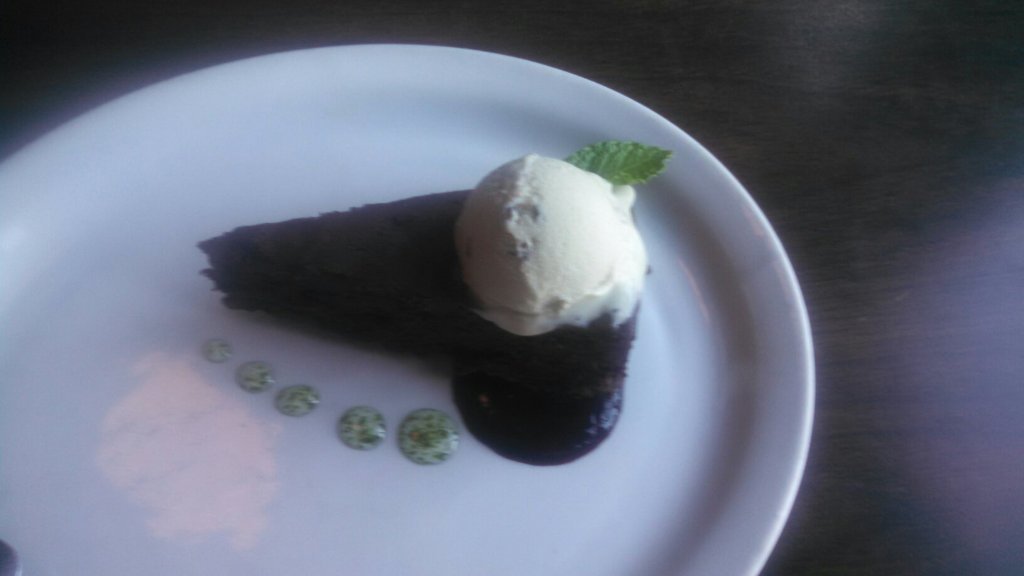 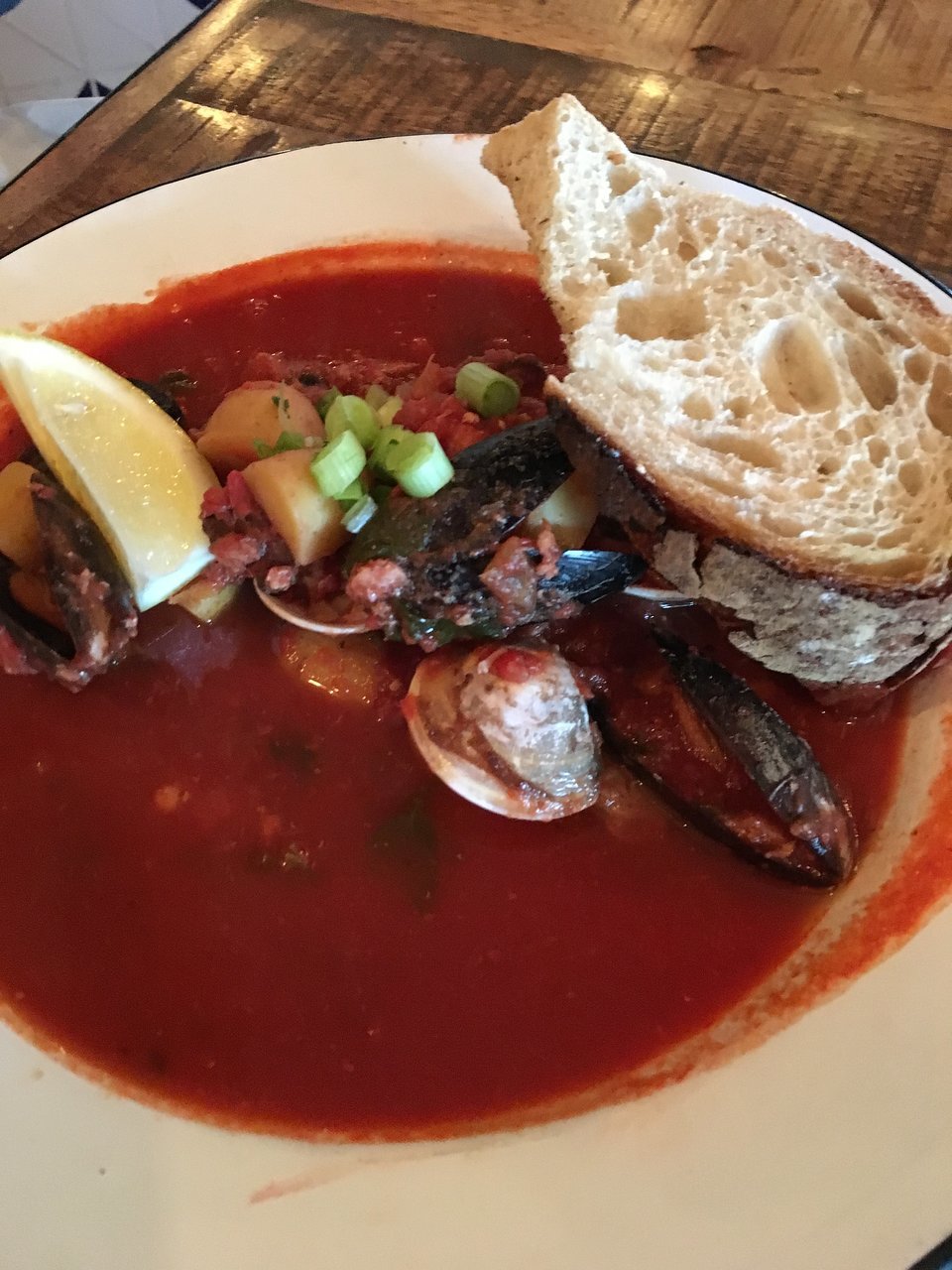 Beautiful view, stunning new interior, yummy food, awesome service, and the dessert is a must!

So good for fresh seafood. One of the best meals I've had. (it was the Cioppino or something). Very very tasty.

The breakfast sandwich is amazing for Brunch!

Very nice and scenic. Looking out at the ocean while eating fresh seafood is always a treat!

Excellent food!! We had the salmon bisque which was loaded with salmon, the fish tacos, again delicious and loaded with salmon, the muscles were fantastic and the kale salad tasty and unique.The prices very reasonable for a tourist town, the only downside is that in peak season they are very busy and you need to be prepared to relax and enjoy the scenery. Otherwise two thumbs way up!

Perhaps the worst service I have ever had. Waitress realized she hadn't turned in our order 30 minutes after we ordered. Took another hour after that you to get food. My burger was raw. Stomach told me about it later. Someone who looked like a health inspector showed up in the middle of our wait, not sure what she was saying but she looked less than excited about the chaos in the kitchen. Went to the bathroom and it was the dirtiest I've seen in a long time. Ring in toilet, grime everywhere...I'm not sure how this is rated as the best restaurant in town, coming from the industry in Portland this is one of the worst managed restaurants I have ever seen. Looked like a good concept, menu was good, BUT execution on food and service was extremely poor. Not sure if that was the owner I saw spinning in circles like a headless chicken in the kitchen but they need some help. We were told it was a busy weekend....I thought that was the point?

They knowhow to serve a "massaged" kale salad. Best resteraunt I've been to in a long time!

Stopped here for brunch and really enjoyed it! The biscuit sandwiches are huge, so you may want to consider splitting them or getting a half-order. The biscuits are huge and very tasty! We were stuffed, but grabbed a cookie to eat later and it was amazing.

Such a special place. We got to sit on the patio and watch the harbour while we ate. The food was fantastic- I got the salmon cakes with an appetizer of sourdough bread and it was perfect. Highly recommend the sea salt and chocolate chip cookie too!

Charming local gem with a small menu. The breakfast sandwich is a delectable ensemble of eggs, veggies, pesto, and local cheese that results in an unexpected burst of flavor. Mouth watering and well worth the stop!

The most delicious restaurant! We had a fantastic breakfast ther every day of our trip. Everyone was so kind and the food was just perfect. The plates were very generous and the quality was brilliant. I can't say enough thank you pilot light!!

This great little place is tucked away but worth finding. Try the fish tacos, the seafood bisque or the mixed seafood hot pot. Great homemade bread. The waitress who was so efficient described the chocolate chip cookie as "as big as your face" in her jovial manner. This place is a real winner.

Husband and I had the mussels, salmon bisque, halibut enchiladas, and Baja burrito. The enchiladas and burrito both came with an incredible salad that was big enough to be a meal itself. Fresh fish was loaded into each meal, the portions were huge, and the food was great. We also got to meet a fluffy majestic local cat cruising around.

The chief and kitchen crew there is amazing!!!! The owners are beautiful people and the servers have great customer service skills. I can honestly say I will return to this restaurant...

This breakfast was amazing! Still daydreaming about that bacon! We will be back next time we are in Haines!

The food and atmosphere were great. Such a decadent and unique selection for a small town.

Stopped in with my family, and had a wonderful experience at the PilotLight! We had the salmon bisque and the elk burger, they were delicious and highly recommend the sourdough bread! We also had brunch on Saturday, biscuits and gravy was to die for, and the breakfast salad was so fresh!While there I was told about the owners other restaurant the alpenglow pizzaria on main st. Which was also delicious, both worth a visit if your in Haines!

Food was pretty good, service I think was a little overwhelmed.. could have been better on a different night

Pilot Light has their recipes down with great presentation and a perfect blend of spice. Portion size was likewise perfect and I will try to put this restaurant on my "short list" of places to return. If anything, to try some of their other dishes.

Best BLT I have ever had. Their menu is small but everything is good. Check their hours before you go. The outside deck is fantastic.

The Caprese Sandwich was amazing.

They opened today for the season and the food is as good as ever! We had the rock fish tacos and the burger and loved both. Will be back for sure!

An amazing place. They are small and busy but it's well worth the wait. My favorite is rock fish tacos but every menu choice is amazing. My wife loves the mussels appetizer. Fresh, local, awesome.

Great, fresh bread and nice outdoor seating. Only drawback was several items on the menu were not available...like salmon and halibut! And the items were not crossed off the menu.

Pilot Light catered our wedding for us, and they did an absolutely amazing job! They catered the dinner and breakfast for 60 people and made our wedding cake, too. All of the food was gorgeously presented and tasted SO GOOD! The cake was a work of art and was hands down the best wedding cake we've ever had. We cannot say enough wonderful things about Pilot Light and how happy we are that they catered our wedding. Eric and Cambria are easy to work with and immediately understood what we had in mind. We also had about 20 of our friends and family stop by the restaurant with us one day for breakfast, which was, of course, delicious! We will be eating at Pilot Light whenever we are in town. Thank you Eric & Cambria!

The food was amazing, I had the halibut enchiladas, seasoned impeccably. I watched other diners and will order the bisque next trip. The salade greens were fresh with wonderful dressing. Great food , great people!

Wow! This marvelous little gem of a restaurant has been a highlight of my trip to Haines. The bread is delicious, the salads are phenomenal, and the fries were gourmet. The little house may be a little rough on the outside, but inside the decor is adorable and home-like in a sophisticated way. Also, both times I was served by a thoughtful, cheery host (Genny was one of them - I didn't catch the other's name though sorry!)

Everything is so delicious!

Your question has been sent.

Your review has been submitted.

Want to order over the phone?

Thank you for being with us!

We will call you back!